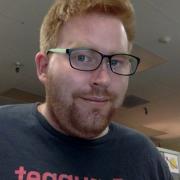 Open source has revolutionized many different industries from Big Data to Machine Learning. It ties experts in a field to real users solving real problems. In the space industry, a specific kind of software has been developed for embedded space applications: Flight Software. Flight software is designed to be incredibly reliable, safe, and fault tolerant as it is responsible for the control and operation of spacecraft that are inaccessible for repair and updates. NASA has open-sourced several flight software packages including the new F Prime framework.

F Prime, developed at NASA’s Jet Propulsion Laboratory, has been recently released as open source. It has been applied to cubesats, instruments, and other spaceborne systems at NASA and since its open source release universities and other groups have adopted this framework to write their own flight software. This talk will walk through the basics of F Prime, its architecture, and how it is used to develop embedded flight software. Attendees should expect to leave with an understanding of how F Prime can be used to further their own embedded software projects both in space and on Earth.