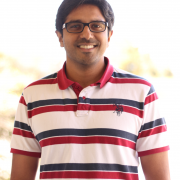 Screwdriver is an open source build platform designed for Continuous Delivery. It's built on top of modern technologies like Kubernetes & Docker.

Highly Customizable
Screwdriver architecture allows you to use pluggable components under the hood to swap out pieces that make sense for your infrastructure. For example, a Screwdriver cluster admin can swap Postgres or Mysql for the Datastore or use Github, Gitlab, Bitbucket, or a combination of the former for the SCM. You can even dynamically select an executor engine based on the needs of each build pipeline. For example, send Golang builds to the Kubernetes executor while your iOS builds run in a Jenkins execution farm.

Pipeline as code
With Screwdriver, you define your delivery workflow in a simple yaml file. Screwdriver supports advanced workflow features such as:

Sharing best practices via Templates & Commands
Screwdriver enables expert users to define templates, which define reusable jobs. If you are passionate about golang and want to lead the direction on how golang applications should be built, tested, and deployed, then you can create a template for golang which all users of the Screwdriver cluster can include in their pipeline yaml config.

Open Source First
The Screwdriver team follows an open source first philosophy by developing features for the open source community and releasing in open source first before making new features available to our internal enterprise users. We also host a public Screwdriver cluster with Guest access, so that users can see and experience firsthand how the platform works.