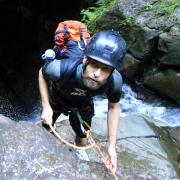 PANOPTES (Panoptic Astronomical Networked Observatories for a Public Transiting Exoplanets Survey) is an open-source, citizen-science project aimed at discovering transiting exoplanets using an automated network of small robotic telescopes. One of the primary goals of the project is to offer continuous global coverage of the night sky by having a large number of units built and deployed all across the globe. PANOPTES is unique in that it uses inexpensive digital single-lens reflex (DSLR) cameras, open source, and citizen scientists to accomplish its goals.

Another goal of the project is to serve as a platform for scientific discovery by getting students and interested amateurs involved and engaged in real science. Unlike traditional citizen-science programs in astronomy, where volunteers mostly interact with existing data via a website, involvement with PANOPTES starts at the hardware level, where participants use arduinos and other electronics hardware to construct a unit that is capable of producing scientific quality images that can be used to discover previously unknown extra-solar planets orbiting distant stars.

While covering the project as a whole, this talk will focus specifically on how open source (software, data, science, and the philosophy) have truly enabled the project. Each individual unit will cost about $5000 USD for all components, a requirement that simply wouldn't be possible with the reliance on proprietary parts. Particular focus will be given on the challenge of the open data that PANOPTES will generate and how we plan to make that available for immediate public usage.