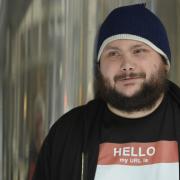 Matt Lee is a British artist, hacker and filmmaker. His first feature length movie, "Orang-U: An Ape Goes To College" was made using 100% free tools. The movie is also freely licensed. As pre-production begins on the sequel, this serves as a look on the tools used, and asks questions about using free software tools for the sequel. Matt previously made the short film "Happy Birthday to GNU" starring Stephen Fry. Matt is a senior open web engineer at Bocoup, working on web standards. He previously worked at GitLab, Creative Commons and the Free Software Foundation. He lives in Boston, MA.