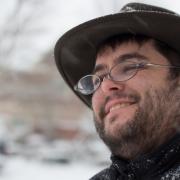 IoT is a mess of security problems, in fact there isn't a facet of the IoT world that isn't a security nightmare, and yet we are rushing as quickly as we can to deploy this amazingly powerful, and cheap, devices as quickly as possible.  Given that IoT's future is rather bleak, with ip cameras participating in DDoS attacks, TVs listening to your conversations, and devices that are completely reliant on the cloud, this is intended as a discussion of what we can do, and what is being seen in live deployments.

We'll take a look at a real world deployment of some IoT things, what they are transmitting, where, why and what can be done about this today.  Things discussed will range from architectural design issues, moral questions, as well as network topology considerations including vlans, and why trying to isolate things in now is better in the long run.