Don’t Fear The Bear: How We Transitioned to Continuous Deployment with Kubernetes 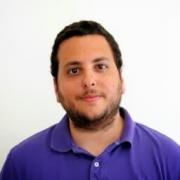 Up until lately, Logz.io deployed new code into production once a week, followed usually with a number of hotfixes throughout the week. With an ever-growing amount of services and developers, however, the DevOps team found it increasingly tedious to keep up with deployments. In some cases, the deployment of new and ready features was even delayed because the team lacked the capacity to execute the deployment.

We understood we needed to implement a Continuous Deployment (CD) process with a minimal, if not non-existing, impact on the DevOps team. We also understood that a transition to CD would necessitate not only a cultural change and some coding, but also a complete shift in the way we handle deployment of code to production, a shift based upon on a Docker orchestration tool.

In this talk, I will tell the story of this transition – why we chose Kubernetes over the other existing solutions, what technical preparations were needed in our code before started the move, and why we chose to write an in-house deployment solution over Kubernetes.

We will also go through the cultural transition needed from all levels of the company (from management to R&D) to get over the production freeze barrier, and describe the results of the process – independent and continuous deployment of code, and an (almost) happy DevOps team!