The Changing Face of Ubuntu 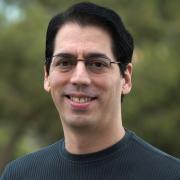 Ubuntu's always been a leader in desktop usability, even when it meant making tough decisions.  In 2004, that meant picking only one default office suite and web browser instead of twenty.  In 2010, it meant starting the design of a new interface called Unity.  In 2017, it meant re-adopting GNOME Shell and making it familiar to Ubuntu users.  Nathan will take you through the story behind these decisions, and show you what you'll find in Ubuntu 18.04 LTS and beyond.