Why does IP have Versions and Why should I care? 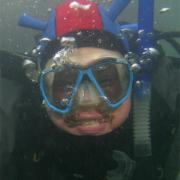 An attempt at demystifying basic internet terminology with (hopefully) some humor and levity along for the ride.

We'll look at some of the basic differences between Version 4 and Version 6 and talk about why it matters to you and why it shouldn't have to (even though it does).

We'll also look at some of the parallels between IPv6 adoption and Global Warming and other ways mankind delays solving long term problems until they reach a crisis state.