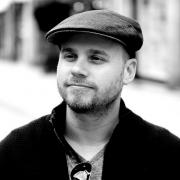 The GNOME community has one of the longest histories in the Free Software eco-system. Nearly 20 years old, we know what it takes to ship reliable software to millions of users. We also know how difficult it is for independent software developers (whom most of us were at some point) to ship software to a wide-range of users.

With that pertinent history, Alex Larsson and the GNOME community at large have been working for the past couple of years on a new distribution platform for Linux developers and users alike. It's design covers many of the pain points we've all lived through while trying to build the most advanced Free Software platform to date.

Some of those features include:

We think we've built an incredible piece of technology that will improve the Safety of all Linux desktop users. Many GNOME technologies are the base of other Linux desktop environments too. We think Flatpak will be a natural choice for those desktops to deliver their applications to users.

To get developers started, we'll demo building a flatpak from scratch using Builder, our new IDE which was demoed at SCALE in 2015.