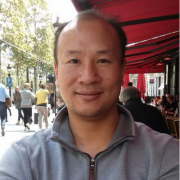 Ticketmaster redefined an entire market by being the first to put computers in box offices. We now have four decades worth of products and tools that connect fans with the live events they love. As Ticketmaster begins its journey into the public cloud, we have created a comprehensive toolkit to help development teams across global offices to self-migrate. In order to remove the friction often encountered with such massive migrations, the Cloud Enablement Team (CET) has found a way to simplify our software factory.

Development teams need a way to easily run their applications on their desktops without having to standardize across operating systems, programming languages (e.g. Java, Golang, Python, Ruby, and Perl) and toolsets. By utilizing Docker along with a combination of open source projects and internally developed toolsets, Ticketmaster has been able to remove this friction. We’ll share how easy it can be to get the latest stable version of the toolkit without worrying about what language or libraries developers need to install on their desktop.