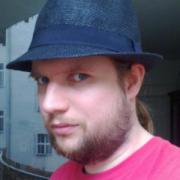 For thousands of years, philosophers have sharpened minds, taught us logic. And over the last 100 years, our IQ's have gone up 30 points - that is a whole two standard deviations. In other words, today, we'd consider the average person, born in 1890, retarded. And if an average American managed to make our way back to 1910, he or she would be considered gifted.

And better: I've got some ideas about dealing with it. No, there's no solving - our gray matter is as it is - mushy and fallible. But some of the worst flaws can be worked around and, us geeks, we can learn to be more social. So here is my promise: after the insults follow some Social Skills for Geeks.