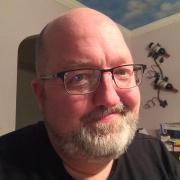 The difference between the scale up model used in virtual datacenter management tools like oVirt and vSphere and the cloud's scale out model used in OpenStack and CloudStack has historially used the pets versus cattle model. But what if there was another way to describe how virtual machines are handled in the datacenter or the cloud? In this pop-culture talk, Brian Proffitt will expain these concepts and present the idea that it's the starships of Starfleet and the fighters of the Empire and the Alliance that can better demonstrate the complexities of virtual machine management.

Datacenter VMs that scale up are more in line with the starships of Starfleet: large, dedicated ships that have an intense amount of investment, not just in the ships themselves, but in the crews that man them. These ships are multifunctional, dedicated to exploration, defense, and intergalactic troubleshooting. Laden with science labs, weaponry, and very diverse crews, these ships are designed to function autonomously in a a variety of situations.

Compare that with the ships of the Empire or the Alliance. Single-purpose ships with a seemingly lower investment in crews. On the Empire side, there is very little diversity, with ships and weaponry all designed for singular purposes. Empire crews are literally cut from the same cloth, and there is very little autonomy on any scale. The Alliance is slightly better, but their ships seems aligned to counter the Empire model, and so fall into the same "disposable" model. Crew diversity is infinitely better, but the barrier to entry seems a little low ("let's give the kid from the sticks an X-Wing fighter with no formal training!").

In many respects, these fictional universes represent how VMs are treated in the datacenter and the cloud. This talk will take a light-hearted and totally geeked-out approach to discussing VMs in modern IT environments.