The Key to Open Source Innovation 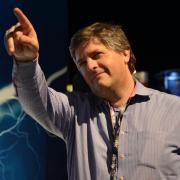 Open Source is a phenomenon made possible by defined freedoms, managed ecosystems, and the elevation of customers to the same status as developers and vendors, leading to a world where all participants collaborate on open source projects. This innovation was a happy accident: end users were able to collaborate in this way because of the establishment of the four freedoms and the resulting managed ecosystem of open source platforms. The resulting changes in development process led to open source becoming the dominant way to innovate in software. Ultimately, open source is a victory of process, governance and agility, which are at least as important as the code. But what lessons can we take away from open source domination, especially as we push forward in the cloud era? If the four freedoms drove open source development, will they play the same role in the advancement of cloud computing? In this talk, we will look at examples from the cloud computing world and history. Is the secret to innovation the creation of sound processes and good governance?