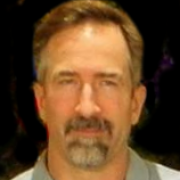 Running services in virtualized systems provides many benefits, but has often presented performance and flexibility drawbacks. This has become critical when managing large databases, where resource usage and performance are paramount. These problems are greatly reduced by using lightweight virtualization technologies such as Docker that operate within the.host OS kernel, but provide process isolation.

While Docker is a new technology, it has quickly established itself as a powerful and flexible way to take advantage of Linux resource isolation features (cgroups and kernel namespaces). Docker allows for extremely fast build and rollout of new virtualized environemnts, while allowing for detailed control and customization.

We will explore a case study in the use of Docker to roll out multiple database servers distributed across multiple physical servers.