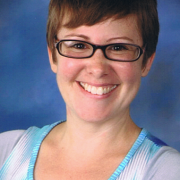 Mindset is an idea discovered by world-renowned Stanford University psychologist Carol Dweck after decades of research on achievement and success. In this talk, you'll learn what a Growth Mindset is and how open source is uniquely suited to encourage it. I'll discuss how Growth Mindset and open source technology can benefit the brain development of students, technologists, non-geeks, and even corporations. This talk is designed to appeal to anyone with an interest in building a better brain!

Open source projects grow and change through the contributions, successes, and failures of many hands and many brains. Those who choose to use open source technology enter into a partnership with the creators. How active a partnership it becomes is dependent upon the user (some will modify a device or piece of code, while others stick to bug reports or community involvement), but the idea and spirit of open source remains the same: that it is free for growth.

Growth Mindset is the idea that basic abilities can be developed through hard work, trial and error, and failure. In fact, failure is essential for true growth.

Proprietary software and the "mindset" of closed technologies actively hinders Growth Mindset and the healthy brain development of users. Using technologies that do not allow for modification, customization, and general hands-on tinkering promotes the idea among users that they don't need to look under the hood and that they can't begin to understand the inner workings of technology. Believing in a Fixed Mindset slows innovation and is a danger for students, aging adults, and anyone invested in the future.