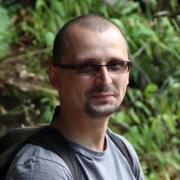 Dennis Rex recently connected with Damian Wojslaw who will be delivering the session OpenZFS - a perfect filesystem for containers at SCALE 15x. Damian is a support engineer at Canonical, a SCALE sponsor and supporter.

Damian: I have first started playing with Linux in school, in 1997, when me and my older brother bought Red Hat install CDs and set it up on our PC. Since then I have delved into this world and have become a professional Linux administrator and support engineer in 2001. I've been supporting a wide range of users from the very technical to early beginners in various companies. My current employer, Canonical, where I support our customers using our products.

Around 2006 I became part of OpenSolaris community, which later forked into Illumos. We organized several OpenSolaris and Illumos themed conferences locally between 2009 and 2013. Our effort has brought about the Polish translation of several OpenSolaris guides. Between 2012 and 2015 I washave been a Field Engineer and Support Engineer at ZFS storage company, where I have set up and fixed arrays ranging from several terabytes to petabytes of space.

SCALE: You're giving a talk on ZFS at SCALE. Without tipping your hand on the actual talk, can you give us an idea of what we might expect?

Damian: I am going to deliver a quick overview of both ZFS and LXD and then demonstrate how they are both tied together in Ubuntu. Most time of the talk is going to be about ZFS, though.

SCALE: Is this your first visit to SCALE? If so, what are your expectations? If not, can you give us your impressions of the event? Damian: I've never before been to SCALE. I don't often travel to conferences, so I try to not actively expect anything, except friendly and technical crowd and people open to different technical solutions to similar problems.