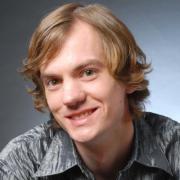 Linux-IO provides the latest and greatest SCSI target available for Linux. It is included in the Linux kernel and works with open source user space utilities. As such it does not require a specialized Linux distribution, rather it can be used with the distribution of your choice. This presentation will briefly cover the history, use cases, and technical details of Linux-IO, while the focus will be on building an iSCSI SAN using general purpose Linux distributions such as Ubuntu or Fedora. While a DIY Linux SAN might not be appropriate for every production environment, one likely can be used in testing or pre-production environments, and it can definitely be useful for sysadmins learning about storage or virtualization on a budget. With Linux-IO you can turn any PC that can run Linux into a SAN, and performance can even be good by using a cheap SSD. As it uses the iSCSI standard it is highly interoperable, for example, with hypervisors such as Linux KVM and VMware ESXi. Attendees should be comfortable with the Linux command line and with general SAN concepts and terms such as iSCSI, targets, initiators, LUNs and IQNs.