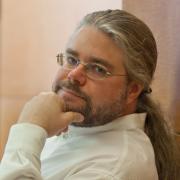 Josh Berkus, another SCALE veteran, brings his wealth of PostgreSQL expertise to SCALE 13x in presenting "Shootout at the AWS Corral" on Sunday SCALE 13x at 3 p.m. The SCALE Team caught up with Josh, who talked about ongoing progress with his benchmarking project and what he plans to report at SCALE and subsequent upcoming FOSS shows.

A: I've been a database geek since 1995, and a member of the PostgreSQL Core Team since 2003. That's also how I make my living these days; I run PostgreSQL Experts, an 11-person consulting shop which does performance engineering and application development around Postgres. That wasn't always the case; in the '90s, I had to make my way as a Microsoft consultant. Thank goodness I'll never have to do that again.

Q: You're giving a talk on Shootout at the AWS Corral. Without tipping your hand on the actual talk, can you give us an idea of what we might expect?

A:At PostgreSQL Experts, a lot of our business, probably 50 percent, is PostgreSQL running on Amazon Web Services. With the introduction of Postgres RDS last year, and the new cloud services since then, a lot of our clients want to know if they've chosen the best option for their applications. As a result, I hooked up with Ruben Rubio Rey of ManageACloud.com while we were at linux.conf.au, and we've started a benchmarking project where we plan to benchmark PostgreSQL on "all the clouds" in order to compare offerings.

The talk at SCALE is kind of a progress report on the benchmarking project, including feature, cost, and performance comparisons between the different AWS options. I may have comparisons with some of the non-AWS clouds as well, it depends on which tests we get done this week. I will also give a few tips about running transactional databases on AWS in general.

So the exciting thing about the talk you'll see is that it will be the first presentation of our benchmark numbers; we've kept it secret until now. The disappointing thing is that our benchmarking won't be complete -- we're doing four different benchmarks across seven clouds with two to three configurations each, which will take some time. So you're going to need to follow my blog for the next few months, or see me at succeeding conferences.

Gabrielle Roth will be doing a more in-depth HowTo talk on PostgreSQL RDS during the Postgres Days, on Friday: https://www.socallinuxexpo.org/scale/13x/presentations/journey-down-amazon-rds-postgres

A: I've been going to SCALE since 2005, so you can assume I like it a little bit. I've only missed one year since then, because I had the flu.

SCALE is a terrific, technically oriented community conference, with possibly the most diverse attendee base of any conference in the USA. Both as a speaker and as a boothie, SCALE lets me reach beyond the "Silicon Valley Regulars" to a wider audience who wants and needs open source software. Plus it's always really well-run.

A: No, I think I've talked enough.